Antarctica and the Southern Ocean have a dominant role in the dynamics of the climate system. If the ice sheet that covers the Antarctic continent were melting totally, this would induce a sea level rise of nearly 60m.

Any change in the mass of ice stored there has thus a large impact globally. The goal of our scientific project (Mass2Ant) is to understand better one of the components of the ice mass balance in Antarctica: the snowfall and snow accumulation at the surface of the ice sheet.

During the field campaign, we will analyze the spatial distribution of snowfall in a region between the Princess Elisabeth Station and the coast, monitor the weather spatial variability, and describe the imprint of snow accumulation variability on the internal layers of the ice using radars as well as the detailed properties of the near snow, such as its density.

We will also collect ice cores allowing us to reconstruct snow accumulation trends and climate changes over the past centuries. The new observations will contribute to improve our understanding and the modelling of past and present changes at the surface of the ice sheet, ultimately to improve estimates of future changes.

This blog presents the development and the main events occurring during the second field campaign of the project taking place between early December 2018 and mid-January 2019 and some more general facts of interest about Antarctica and the climate.

Where will we be?

Map presenting the location of the drillings carried out in 2017 and of the one planned for 2018 with the position of our weather stations as well as a general map of the topography of Antarctica showing our study area. 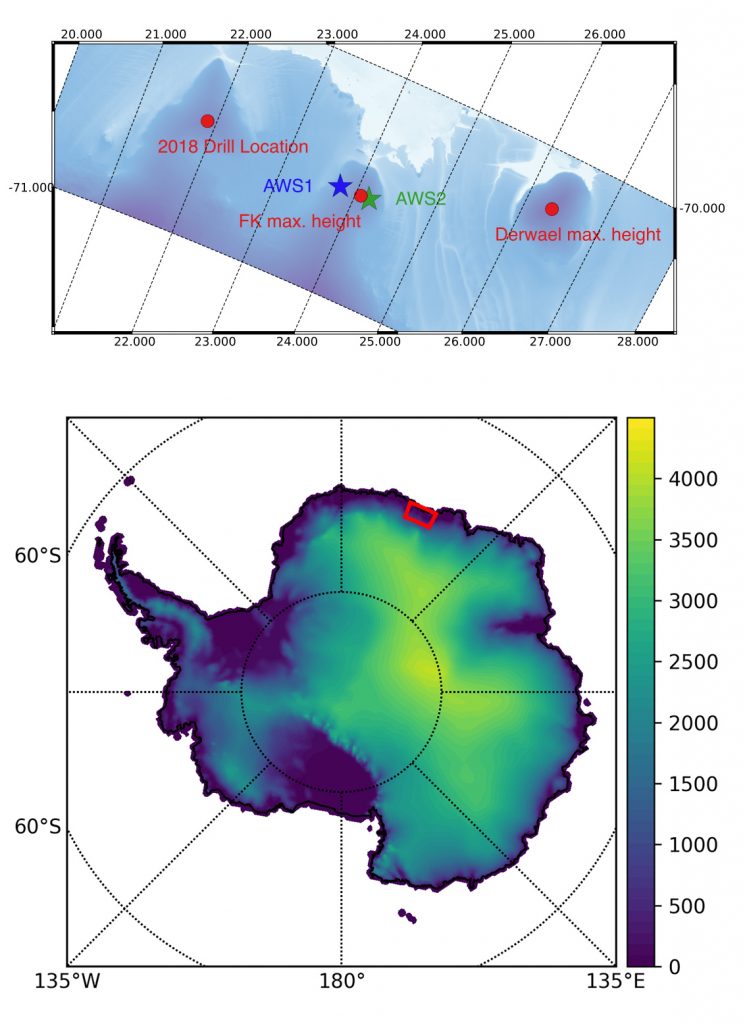