How do you find your way in Antarctica?

The only ‘roads’ in Antarctica are the path taken by snow tractors and snow mobiles. Even if there are indicated by poles, they can be quickly covered by snow. Of course, no sign helps you for directions at the ‘crossroads’.

Out of busy places such as between an airport and a base, you should thus not rely too much on them.

The topography is relatively flat. No building or change in vegetation can be used as a mark to remember your way. 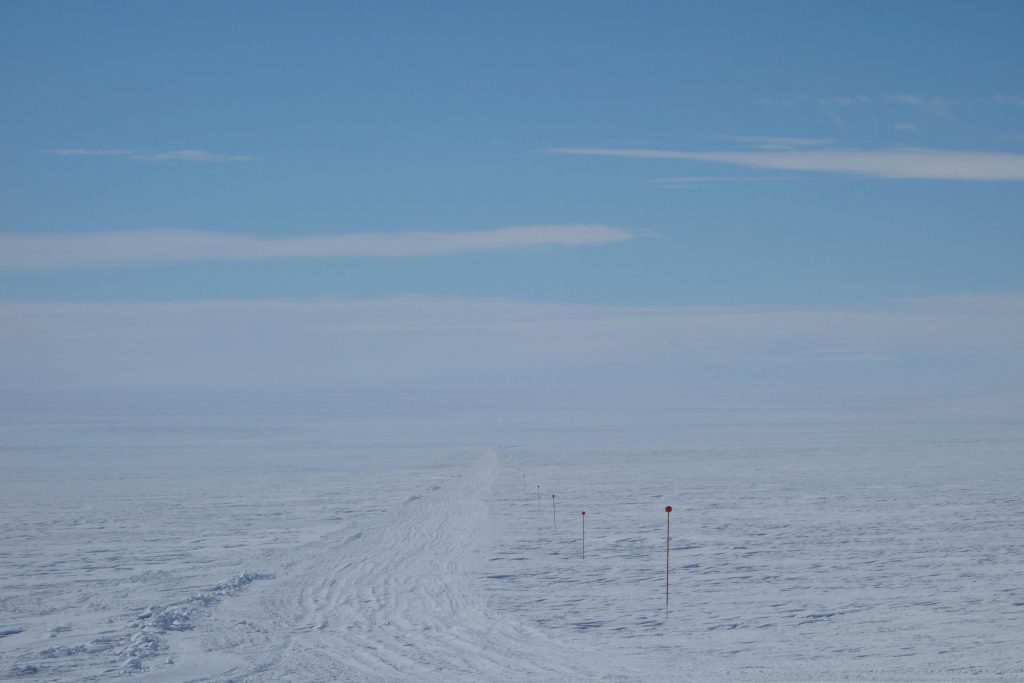 The path followed by tractors out of Novo air base

In addition, sometimes when snow is blowing or the fog is very thick, you cannot see at a distance of two meters. In this ‘white out’, everything seems white. You cannot even walk five meters between two buildings if you cannot follow a safety rope previously installed in prevision of such extreme conditions. 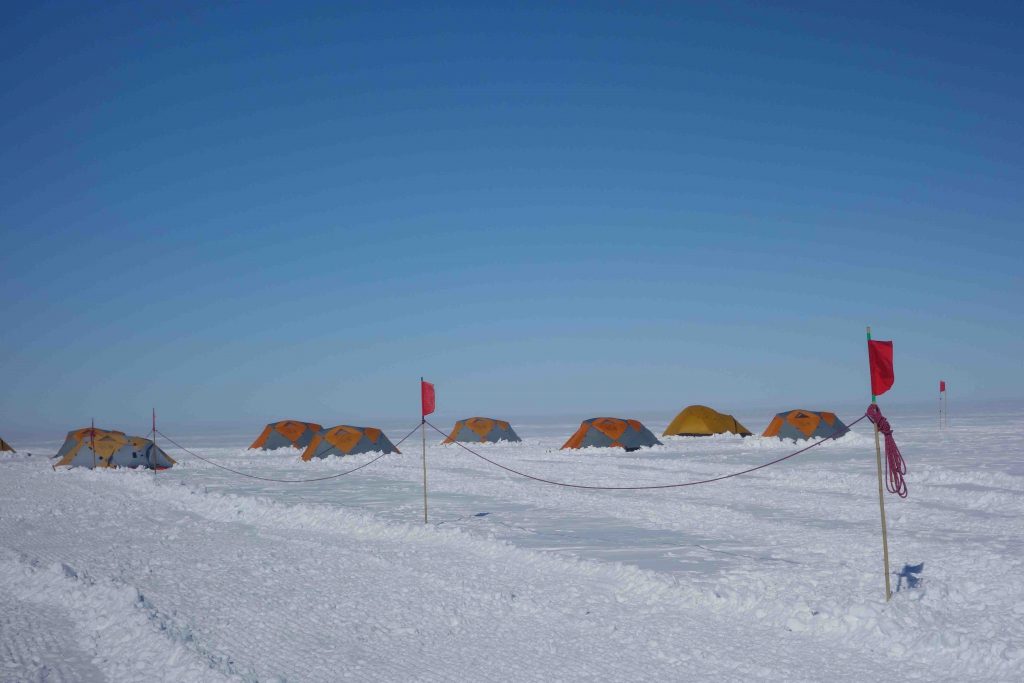 More generally, the best way is to use a navigation system based on satellites like in the GPS of your car. You set the coordinates of your destination and then you just follow the indications.

For some scientific interests, ‘marks’ (e.g. bamboo sticks) are put on ice. First, surface accumulation can be estimated by simply measuring the part of the bamboo that is still out of the snow compared to the last year. Standard handle GPS have an accuracy of about 10 meters, and can be used to find the marks you left in the previous campaign in slowly flowing regions such as ice divides.

Secondly, by measuring the movement of the stick in one year, you can estimate the ice velocity. This requires a high precision in the measure as the shift is often smaller than one meter around the ice divides. The more precise system GNSS (global network of satellite system) is often implemented in this case.

An antenna communicates with satellites in different directions and different heights to interpret the precise coordinates. A static point is often chosen as a reference station (such as the peak of ice divide), the relative movement compared to the reference station can achieve precision of millimeter magnitude by half an hour tracking. 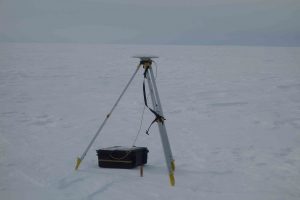 The tripod with the antenna used to measure precisely the position

Looking for the bamboos in this ice environment to determine their position is like searching a needle in a haystack. It may take some time, but the technique works well ! 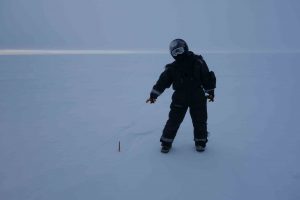 A few centimeters still out of the snow after one year!

What do you need for an observation campaign in Antarctica?

The first thing that you think about is probably the scientific equipment needed to perform the measurements. This equipment can be relatively light and comes with you in the plane when you travel to Antarctica but it comes more generally separately as cargo or is even stored at the station.

The second element is likely your personal belongings, such as polar clothes, camera, computers to analyses the data, etc.

However, a dominant aspect in the problem, requiring a lot of time, manpower and budget is the logistics. Everything is more complex in Antarctica and thus must be well prepared and organized.

The International Polar Foundation (IPF) is responsible for the operations at the Princess Elisabeth station. This means that they are in charge of organizing the work at the station itself but also the scientific activities related to the station.

This starts first with the preparation of the scientific mission, for instance performing the medical checking of the participants and booking the flights towards South Africa and then Antarctica. 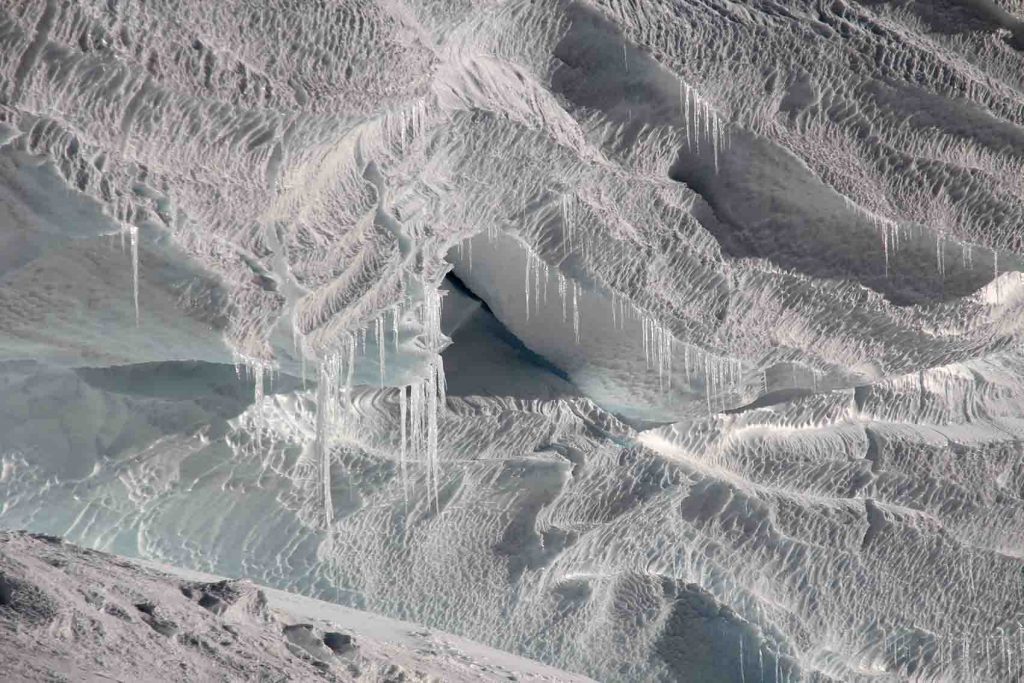