Our stay in the field is close to its end now. The drilling has reached this Thursday morning the final depth of 260.1 m. The quality of the ice core is great all along, thanks to the addition of the drilling fluid. We have thus well beaten the value of 208 m reached last year, and this core was of bad quality after 100m. 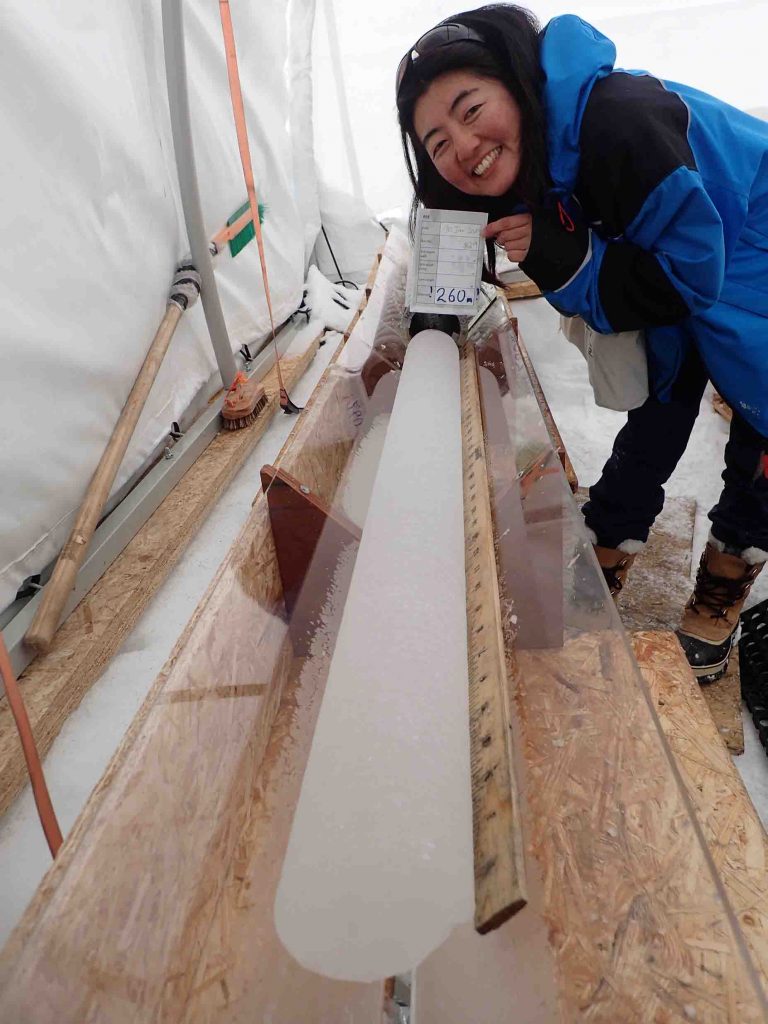 The deepest core of this season

We have made more radar measurements of the snow layers than planned and we have calculated precisely the position and height of the many bamboo sticks we have planted close to the field camp. Some parts of the area looks now as a kind of dried bamboo forest! 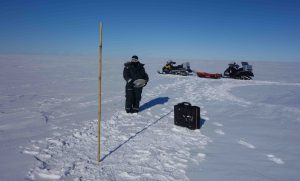 Next year, some members of the team will come back to measure the part of the bamboos that remains out of the snow and the new positions of those bamboos. They will also redo some radar measurements to see the changes from one year to the next. This will allow us inferring the accumulation of the snow at the surface as well as the ice movements.

We have also plenty of profile of the snow density and surface snow properties. 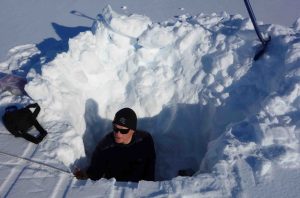