Waves at the snow surface

Many locations in Antarctica appear relatively flat, as in the vicinity of the ice rise where we installed our camp or on the central Antarctic plateau.

This does not necessarily mean that the bedrock itself is flat but snow covers everything over several hundreds or thousands or meters. Only the highest peaks in a region can be seen, as close to Princess Elisabeth station 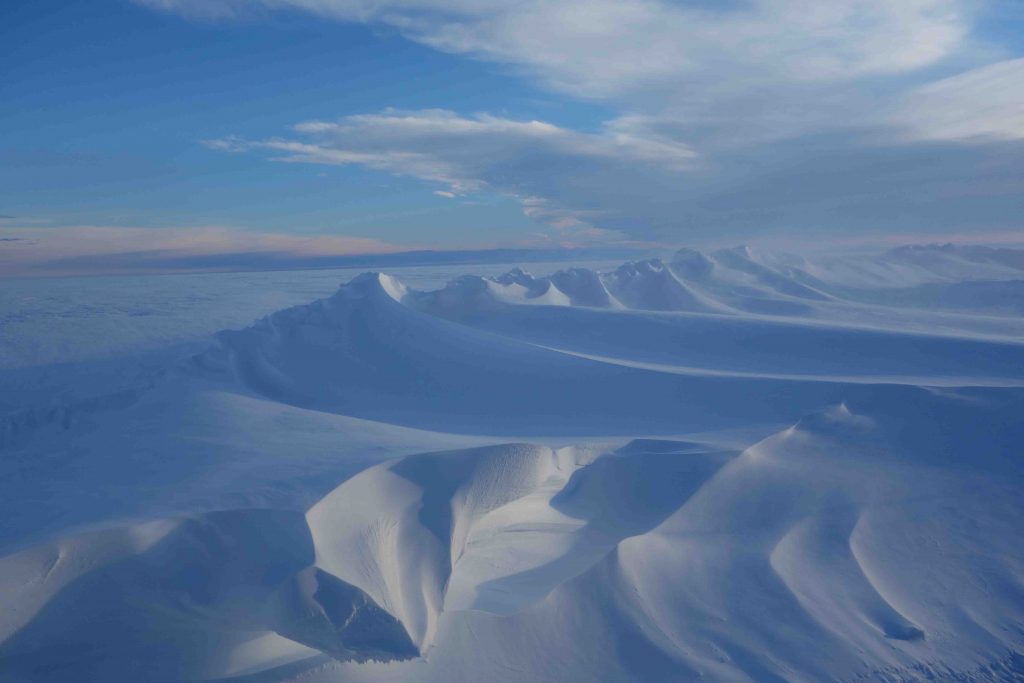 The surface is still not strictly flat. The wind creates structures that look like waves or sand dunes whose height is several centimeters. In some regions, those structures can be very hard and shake you heavily when you cross them in snow mobile. 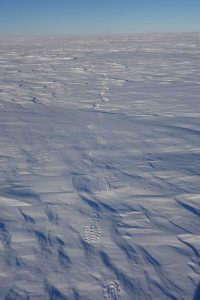 Depending on the characteristics of the snow surface, your footprints can be of a few centimeters or nearly nothing on the hardest part 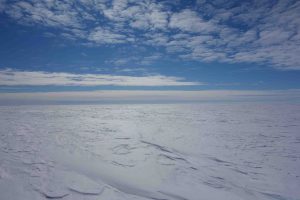 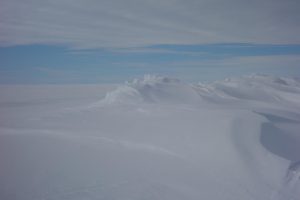 Even when the wind is weak snow accumulates on lee side of the snow wall that protects us from the wind. It is thus better to let a few meters between the wall and the conatainer we use for kitchen

Close to obstacles, the dunes are higher than in open areas and can reach one meter or even more after a storm

The snow cover is thus far from monotonous, giving sometimes the feeling of frozen waves. It provides a fascinating and diverse landscape changing as a function of the amount of clouds, the hour of the day or of your position relative to the sun.