What do we eat in Antarctica ?

Well, it all depends on where, when and who you are!…

The first time I went in Antarctica, in 1987, it was with the British Antarctic Survey. We landed at Rothera Base, in the Antarctic Peninsula (the “tip” facing South America). There, the Base had recently been rebuilt, and the lifestyle was indeed already very comfortable: nothing to do with the first Antarctic explorers!

The Base was equipped with a full kitchen, cooking fresh bread every day . 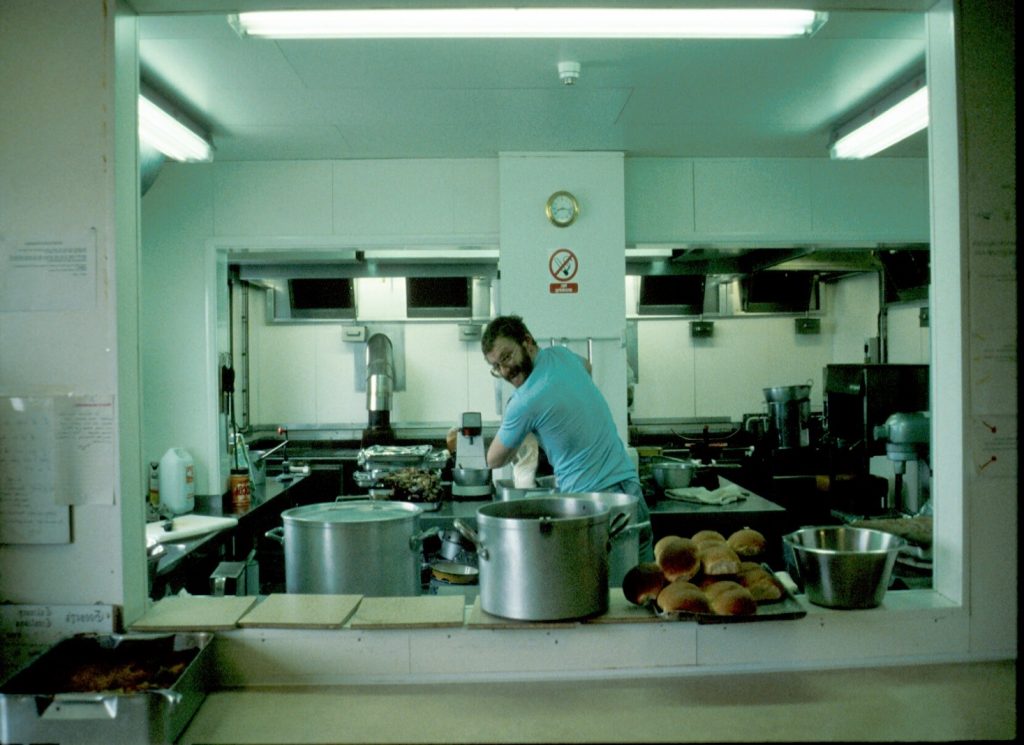 In the field, however, we were still mainly living on “dried food”, stored in what is called a “man food box” (sometimes as old as 1950’s): dry fruits, military biscuits, rice, dehydrated menus (3 types), soups, bacon in tin, tuna or sardines in oil, butter (marked “not to bring below 0°C”), chocolate (Cadbury, not Cote d’Or!) and, of course, porridge and Vegemite (oxo soup thickened to near solid as a spread for bread… a true experience… not to be confused with Marmite…a United Kingdom case of War)!… 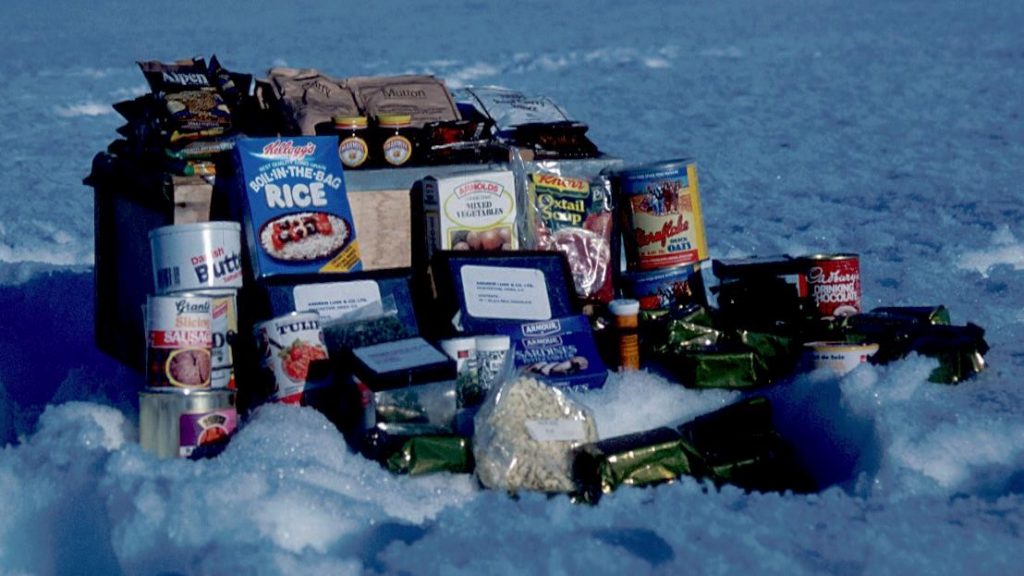 The Belgian Base is of course also equipped with an up to date kitchen, a dedicated fine cook, and all sorts of goodies! But in the field, we have a much better treat than back in the old days with the British.

The Base cook is preparing a large variety of cooked meals and fresh bread that are then vacuum-packed and frozen. These we take into the field, and bury in a trench  near to the mess container, to keep it cool and away from the sun. Just boil some melted snow, leave the pack simmer for a while, open and eat! It is better than the University cantine, I can assure you!

Of course, this year we have an important Asian delegation with us, so, special rice and surprise cooking, for sure!