Do you feel global warming in Antarctica?

Even if we have 24 hours of light in this season, the temperature is higher at noon when the Sun is higher above the horizon than at midnight. Close to our camp, at the location of our weather stations, the difference between day and night is generally about 5 to 10 degrees.

Consequently, the ‘night’ can still be cold with temperatures well below -10°C. Nevertheless, as the Sun rises again and hits our individual orange tents, we are quickly boiling within our sleeping bags! 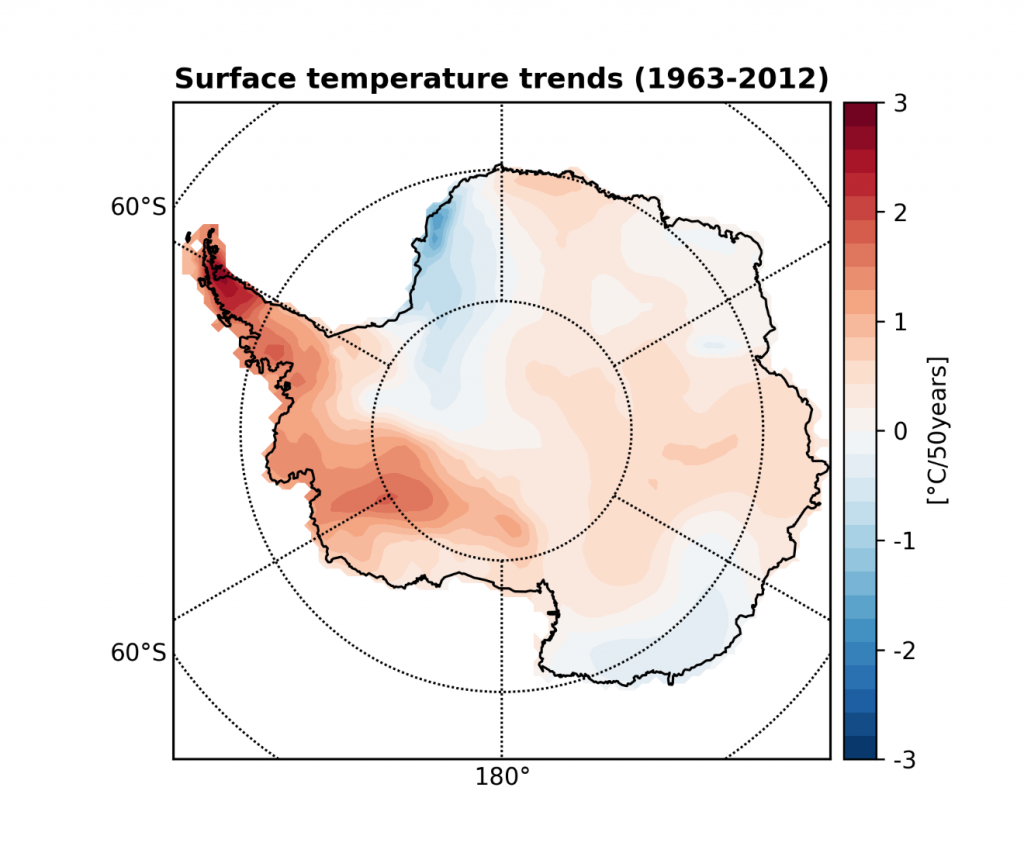 In cases of a cold events like this one, you probably have heard people questioning global warming or calling for a temperature rise that would prevent us from such cold conditions. We know that having particularly cold or warm days is normal. It depends on weather conditions and is generally not at all related to climate change.

Nevertheless, a succession of warm events or a warming tendency can be the signature of the local impact of global changes. This is clearly the case in the Arctic where the large surface temperature increase and the melting of sea ice have been attributed to human-induced climate change without ambiguity.

Climate dynamics implies that the current warming due to human activities should be smaller in Antarctica than in the Arctic1. We also expect large natural climate variations in Antarctica. The signal related to global warming has thus not yet clearly emerged from the range of natural fluctuations.

In other words, we do not know yet precisely which part of the observed changes in Antarctica are caused by human activities and which ones are due to natural variations of the system, calling for more studies in this important region for our planet.

1 The Southern Ocean includes a huge amount of cold waters. A lot of energy is required to warm it up. This energy is taken from the atmosphere, preventing a large warming of the air in contact with the ocean and more generally of the climate at high southern latitudes. Additionally, because of the dynamics of the Southern Ocean, the surface water that is warmed up by exchanges with the atmosphere is continuously transported to subsurface and replaced by colder water, amplifying the role of thermostat of the Southern Ocean.