Why do we drill an ice core in Antarctica ?

There are many reasons why glaciologists are crazy about ice cores – not only because they look so cool and they stick to your tongue when you lick it (never do that, by the way, for the sake of safety, and science!). 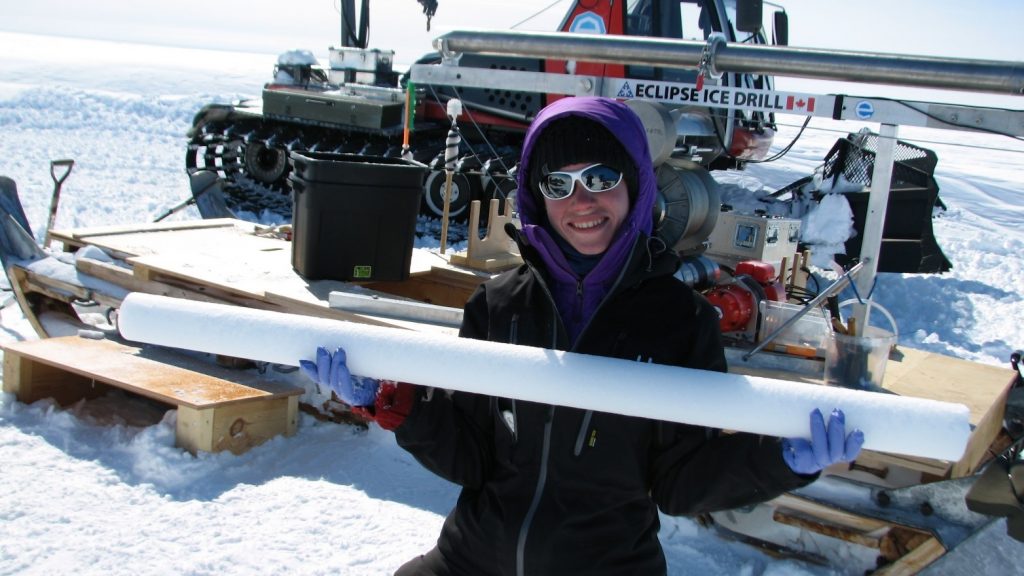 Ice cores provide us with a wealth of information that can be grouped in two main themes:

Glaciologists come from many different scientific horizons: chemistry, physics, geology, geophysics, physical geography, mathematics (the “hard core” modellers!), biologists (for the bugs living in the ice – yes, there are some!). That’s also why it is so much fun! Ice cores are a favourite “prey” for all these guys, who dissect it in many ways to extract what we call “proxies” (measured properties) of the variables of the climate and the environment. 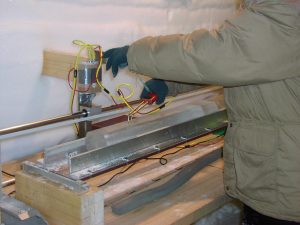 Measuring the conductivity in an ice core 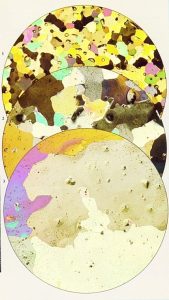 Ice crystals in a deep ice core at 100m, 1500m and 2500m. Note that the gas bubbles (upper panel) are slowly integrating the ice crystal structure to form clathrates with increasing pressure.

For example, the seasonal changes of the stable isotopes in the water molecules forming the ice (18O et 2H or Deuterium) allows us to date the ice core and, therefore, to reconstruct the annual snow accumulation, a fundamental component of what we call the “surface mass balance” of the ice sheet (input of snow falls minus output through sublimation – e.g. solid to vapour – transfer, melting, wind transport). Knowing the latter is crucial to estimate the ice sheet contribution to sea level rise.

Not only that, but the stable water isotopes of the ice are also a mean to reconstruct the evolution through time of the temperature at the site during snow fall (a paleothermometer). 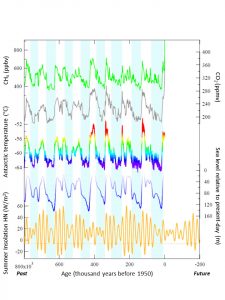 A non-exhaustive list of other environmental variables (proxies) in the ice are: composition of the atmosphere, including greenhouse gases (gas bubbles in the ice – the ice is the only archive where this is possible!), yearly snow accumulation (15Be), wind strength and air masses circulation (soluble and insoluble impurities in the ice), volcanic eruptions (electrical conductivity and SO4=), plankton activity in the ocean (Methylsulfonic Acid, MSA), forest fires (organic acids)…and many others!