How much snow is falling in Antarctica?

Antarctica is the coldest continent on Earth, therefore it comes as no surprise that most precipitation falls as snow and that the continent is blanketed in glaciers up to 4.5 kilometers thick. In fact, so much snow and ice is trapped in Antarctica that if it were to all melt, global sea-level would rise about 60meters.

For the ice sheet to maintain its equilibrium, and not contribute to sea-level rise, snowfall must balance processes that remove snow and ice from Antarctica, including iceberg calving, surface sublimation, and runoff from meltwater.

According to climate models, approximately 2000 Gigatons (2 x 1015 kg) of snow falls on Antarctica every year, which, for comparison, would submerge Belgium in 66 meters of water if it all melted. Alternatively, to illustrate the size of Antarctica, it would cover Antarctica in a layer of water only 14 centimeters thick.

Antarctic snowfall varies in both space and time, meaning that certain years and locations get more snow than others. In particular, coastal regions close to the ocean and mountainous areas with sharp topography receive much more snowfall than the extremely cold and high-elevation Antarctic interior plateau. Furthermore, year-to-year climate variability in winds and high and low-pressure systems locations and intensity alter storm tracks, such that certain regions or Antarctica as a whole receive more or less snow. 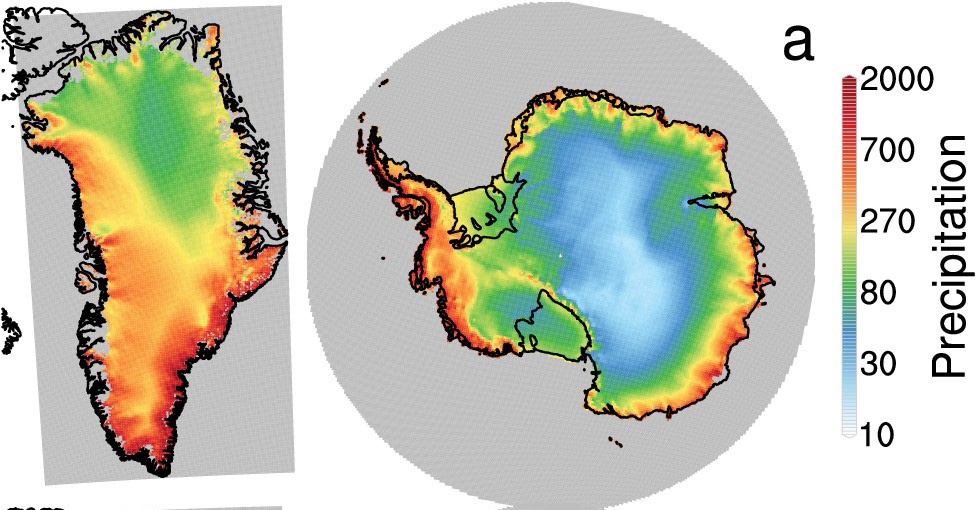 Superimposed on year to year variability in snowfall, are the effects of climate change. In some regions, recent warming is correlated with increased snowfall, perhaps because a warmer atmosphere can transport more moisture to Antarctica. Much in the same way that a warm summer day can produce thunderstorms and intense precipitation, a warmer atmosphere due to climate change is expected to deliver more snowfall to Antarctica.

Investigating the expected increase in snowfall by comparing with direct observations from ice cores, radars, and weather stations and examining these changes in the context of climate change induced Antarctic mass loss is one of the great challenges of modern climate science and glaciology. 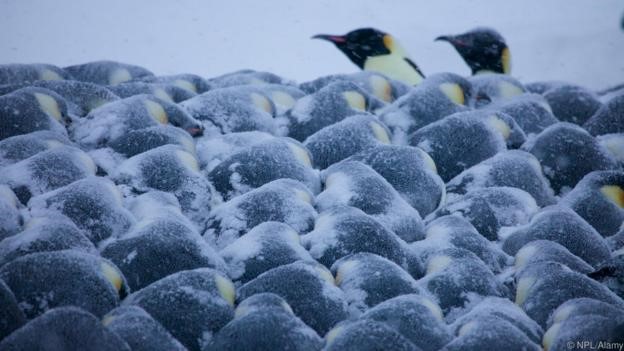 Penguins huddle for warmth in Antarctica, the coldest continent on earth. Credit: BBC.